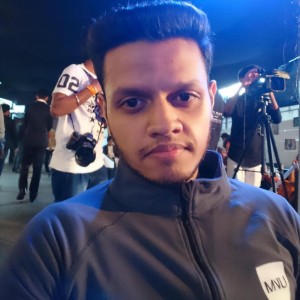 But not for weight loss.

It’s got a very unique flavour which makes salads and Asian foods taste great. But you’ve probably come across this ingredient being used more as a weight loss remedy than as an ingredient in any recipe.

There is a booming industry around the sale of apple cider vinegar (ACV). It is sold as this miracle cure for the overweight and obese (among many others). Companies and fitness blogs often testify that taking just a few spoons of ACV a day will “melt your fat right off!”. And I get why it’s so popular, we love quick fixes to all our problems and that’s why we easily fall prey to purchasing supplements whose claims are simply too good to be true.

Rule no. 1 – If it’s too good to be true, then it probably isn’t true. This is also a very sneaky trick used by companies to make you buy their product. They make extraordinary claims which push you to buy their product at least once just to see if the claims are true. This behaviour also profits these companies.

Rule no. 2 – if you want to lose weight then you must put yourself in a caloric deficit first. Everything else, including drinking ACV, is secondary. I know I sound like a broken record at this point and I really wish that I had a fancier answer for you, but there is simply no working around the energy equation –

You eat too much, you gain weight. You eat lesser, you lose weight.

So, what’s so magical about Apple Cider Vinegar? Nothing. All vinegar, including ACV, contain a chemical called acetic acid. It is not ACV but acetic acid that has been correlated with weight loss.

What does the research say about Apple Cider Vinegar?

Before you start guzzling down bottles of ACV, let’s have a quick look at the research around this topic. I have covered 2 studies in this post as these were the only 2 studies which seem to have studied the effect of ACV on weight loss in humans. I have also included a simple graph to help you understand the weight loss statistics in both the studies.

A study published in 2009 found that drinking 15 ml of vinegar daily for 12 weeks led to significant fat loss in overweight and obese Japanese adults. The study had 3 groups –

Participants that drank at least 15ml of vinegar lost nearly a kilo while the ‘No ACV’ group gained approximately half a kilo.

Participants in the ACV group lost nearly 2 kilos more than those who drank no ACV in the 12-week period.

I got very excited when I read these 2 studies because it does look like ACV might be a potential candidate for improving weight loss. Both studies controlled for many variables such as energy intake, activity levels etc. This is important because it assures us that the weight was indeed lost because of ACV and not by an increase in physical activity or spontaneous reduction in calories.

But these are the only 2 studies which studied the effects of ACV on weight loss in humans. There are a few studies which used other vinegar such as pomegranate vinegar etc. but found no effect on weight loss. Also, who knew that so many types of vinegars exist?!

I can’t say “no” because the research seems promising but then there isn’t enough research to say “yes” either. Even if we go by the results of only those studies which showed weight loss with ACV, on average, ACV might help you lose just a kilo more. Therefore, at least until more positive research surfaces on this topic, I wouldn’t recommend jumping on ‘Apple Cider Vinegar for weight loss’ bandwagon just yet.

The internet is confusing, with different sources saying completely opposite things about what’s good and what’s bad for health. At Element Nutrition, we take the guesswork out of nutrition.

Interested? Give us a call and get a 10% off on your first nutrition plan!

Should You Diet during Festivals? - Element Nutrition

[…] participants in the studies above weren’t trying to lose weight. I’m sure that most of you reading this article are interested in losing weight. Which means […]

Should You Drink Lemon Water for Weight Loss?

Almost every Indian household recommends drinking lemon water for weight loss. But how helpful and useful is this advice?